I also got quite carried away with all the 2s in that number, and consumed about double the amount of food I usually do.

Here’s what I ate. 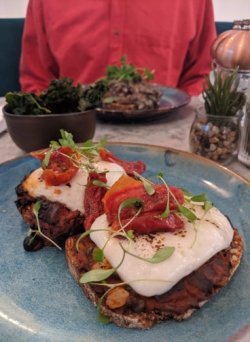 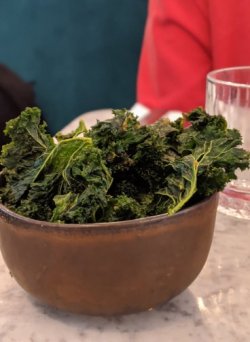 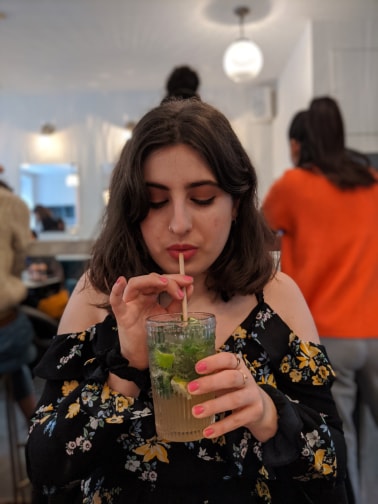 The first stop on my weekend-long journey to indulgence town was at Redemption Bar, a fully-vegan restaurant in Covent Garden, with other locations in Shoreditch and Notting Hill.

Between my boyfriend and I, we tried the creamy mushrooms on seeded toast, the caponata & ‘mozzarella’ melt, and the kale chips. All of these items were delicious, and were gluten free as well as vegan! I was really impressed by the depth of flavour in each dish, and for plates on the smaller side, I was mightily satisfied.

I also ordered an apple & kombucha mojito from their completely alcohol-free drinks menu, which was super tangy and fresh. They did fall down when it came to coffee, however, which Asher really hated. 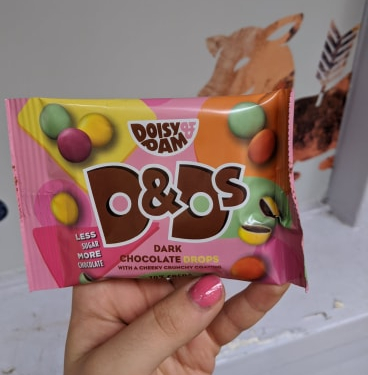 A sweet treat from Doisy & Dam

Next up, since society has been convincing us that breakfast doesn’t deserve a dessert course for far too long, I tried out the new dark chocolate drops from Doisy & Dam.

These come encased in colourful, crunchy coatings, so it’s obvious enough that they’re intended as a vegan version of crispy M&Ms. I wouldn’t say that they’re as good as the OG offering, and the dark chocolate is quite a bit too dark for a light sweetie snack, but these do make a nice little treat! I picked my pack up for 99p at Holland and Barrett. 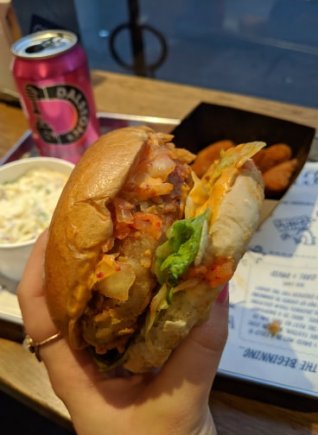 After a long mosey around town, Asher and I dropped in to CHIK’N off of Oxford Street, where I was kindly gifted a full meal as a thank you for attending a tasting of their new vegan options last month.

Between us, we shared the No Way Gangham chikn burger, spicy chikn nuggets and creamy slaw. All of it was vegan, all of it was delicious, and all of it has appeared in my day dreams since.

To cap off a very long and very delicious day, Asher whipped up some homemade ‘fish’ and chips.

The ‘fish’ part of the deal was made from banana blossom (bought in a tin at ASDA), marinated in seaweed (bought in a box at ASDA) and battered in beer (bought in a bottle in ASDA). I was super impressed by the flaky texture of the banana blossom, the fishiness of the seaweed and the crispiness of the batter. We served ours up with mushy peas, chips, and homemade tartar sauce, but I had trouble focusing on anything other than the main event. 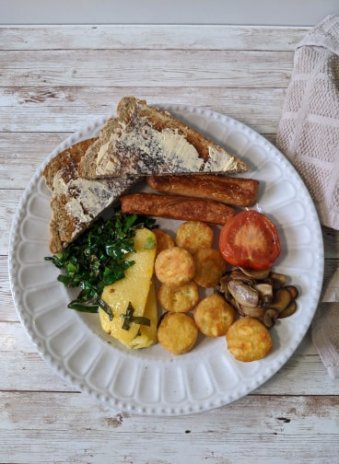 Another day, another feast. For brunch on the morning of my actual birthday (yes, all of the food above was consumed the day before), we had a big home-made brunch consisting of hash brown bites, fried polenta, garlic spring greens, toast, Richmond vegan sausages, tomato and mushrooms. There were also baked beans, because of course there was baked beans. 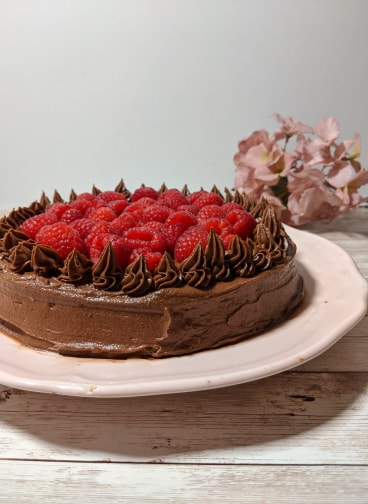 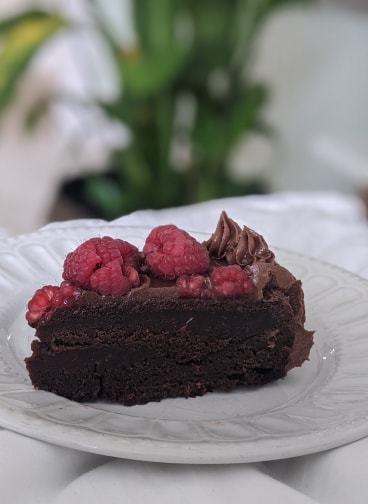 Of course, no birthday is truly complete without an intimidatingly large slice of cake. Mine was chocolate fudge with chocolate ‘buttercream’ icing and fresh raspberries. My boyfriend baked the lot with his own fair hands, and I ate it all with mine. 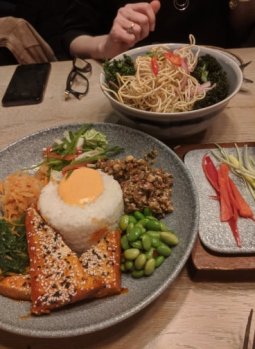 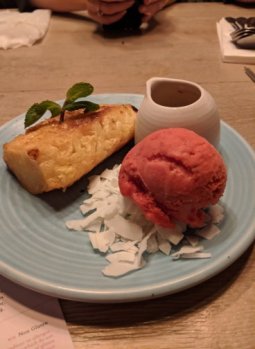 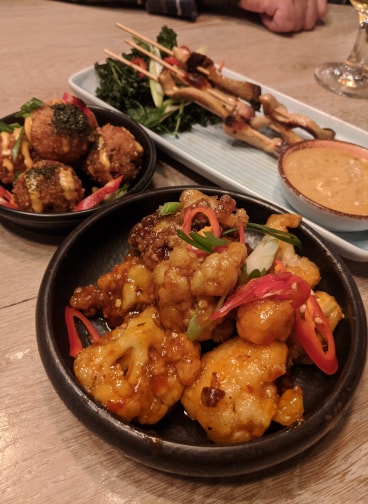 Dinner at The Florist, Watford.

Last up on this list, I visited The Florist, a pan-Asian restaurant in Watford. This is one of the most beautifully decorated restaurants I’ve ever been into, with floral arrangements and faux blossom trees filling the space (see below).

Somehow, the food proved just as beautiful. We ordered exclusively from the long and varied Vegan Vision menu, and shared multiple dishes, including the Seoul bowl, ‘chicken’ noodles, mushroom satay skewers, fried rice balls, and bang bang cauliflower, which was not only so nice they named it twice, but so delicious that we doubled up on our order, too. 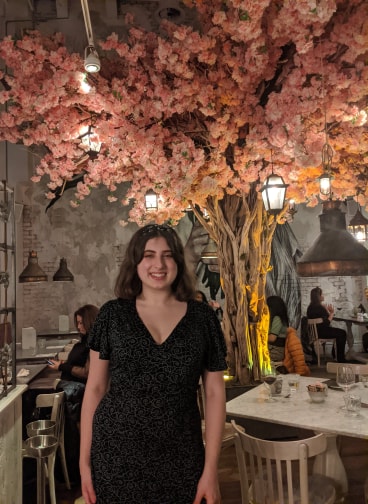 And that’s me stuffed. I truly had the best birthday weekend, surrounded by people I love and filled up with foods I love

Thank you to everyone who sent lovely birthday wishes my way, and to you, for reading this.

Now, back onto the salad.

One thought on “Vegan Food Diary: What I Ate On My 22nd Birthday”

I'm Tallie, a vegan chef living and working in London.

I'm passionate about delicious plant-based food, from healthy bites to junky delights. I use cheap, readily available ingredients so that the food I love can be accessible to everyone.

Here you can nosy inside my catered events, and find recipes to try at home yourself. Enjoy!