January 2019 was an exciting month in the vegan world in so many ways. Brand new products hit the shelves, huge brands bought out their own offerings, and a record-breaking number of people took part in Veganuary.

But we mustn’t let all the excitement allow us to lose sight of what’s most important – that it was an exciting month for me. Here’s my rundown of all the vegan food I ate, bought, cooked, ate, sold, and loved in January 2019. 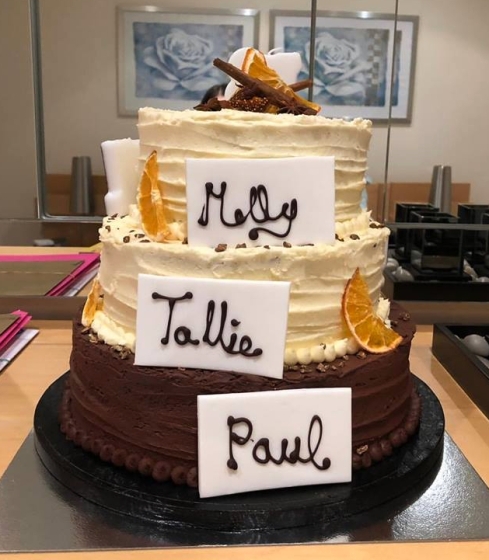 January 2019 saw my 21st, my cousin’s 18th, and my Dad’s 50th birthdays. Somehow totally unintimidated by this, my Grandma threw us all a huge party at the start of the month, complete with a 3-tiered vegan birthday cake from Power of Health. What a baller.

From bottom up – as multiple glasses of Prosecco went – there’s chocolate brownie sponge, carrot cake, then apple + walnut at the top. I had a slice of every tier, and took home a Tupperware-full for good measure. Don’t judge me – who has ever refused food from their grandmother? 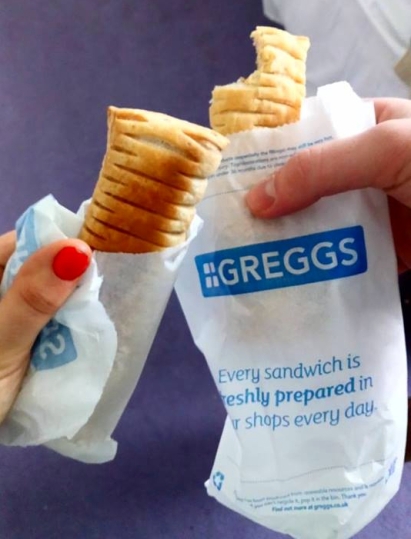 As though in a bid to outdo my Grandma (bold move), Greggs bought out a vegan sausage roll. It’s flaky, it’s tasty, it contains more protein than its meaty cousin, and it only costs a quid. More satisfying than any of this is how upset it made Piers Morgan. Happy days all round.

I was kept pretty busy in my job as a vegan chef throughout the month, one of my favourite bookings being a private dinner party for six meat-eating men. Their lovely reactions put the aforementioned sausage roll hater to shame. You can read about the evening here.

Arriving to give me more excuses to overeat, my anniversary with my lovely partner rolled around. We celebrated at Cafe Forty-One, a fully vegan, fully phenomenal, French patisserie where we opted for the afternoon tea.

Think inventive takes on finger sandwiches, delicately produced miniature desserts and bee-free honey, jam and coconut cream to load onto scones. Try not to think of the two of us sat in the corner, moaning with delight after each mouthful.

Turning to home-cooking, I became utterly obsessed with making chickpea scramble. Who can resist a quick, easy, hot vegan breakfast at home?!

Throughout most of the month, I worked with a client who wanted a New Year detox. I had lots of fun creating exciting weekly menus that were rooted firmly in health and nutrition. I also enjoyed making double portions of everything so I could eat right along with her, so I know for a fact I managed to hit my goal of “detox, but delicious”

Finally, we come full circle with yet more cake. From the same place as the first on this list, in fact. It was so delicious that we ignored the irony of the name ‘power of health’ and ordered a second for my birthday at the end of the month. I ate more than I can willingly admit to on this list over my birthday weekend, so you can read about it here. You’re welcome, reader. I’m sorry, body.

A sad, notable exception from my list is a pizza from Papa John’s, who started serving up vegan cheese at the end of this month, and who are consistently selling out at my local! I’ll take it as a win for demonstrating vegan demand, and accept that I did have plenty of amazing food to eat nonetheless. Still, I can’t help hoping for a slice in February…

One thought on “Vegan Food Highlights of January 2019”

I'm Tallie, a vegan chef living and working in London.

I'm passionate about delicious plant-based food, from healthy bites to junky delights. I use cheap, readily available ingredients so that the food I love can be accessible to everyone.

Here you can nosy inside my catered events, and find recipes to try at home yourself. Enjoy!